Charity Majors is a cofounder and engineer at Honeycomb.io, a startup that blends the speed of time series with the raw power of rich events to give you interactive, iterative debugging of complex systems. She has worked at companies like Facebook, Parse, and Linden Lab, as a systems engineer and engineering manager, but always seems to end up responsible for the databases too. She loves free speech, free software and a nice peaty single malt.

John Langford is a machine learning research scientist, a field which he says "is shifting from an academic discipline to an industrial tool". He is the author of the weblog hunch.net and the principal developer of Vowpal Wabbit. John works at Microsoft Research New York, of which he was one of the founding members, and was previously affiliated with Yahoo! Research,Toyota Technological Institute, and IBM's Watson Research Center. He studied Physics and Computer Science at the California Institute of Technology, earning a double bachelor's degree in 1997, and received his Ph.D. in Computer Science from Carnegie Mellon University in 2002. He was the program co-chair for the 2012 International Conference on Machine Learning.

Gwen Shapira is a product manager at Confluent. She has 15 years of experience working with code and customers to build scalable data architectures, integrating relational and big data technologies. Gwen is the author of Kafka - The Definitive Guide and Hadoop Application Architectures, and a frequent presenter at industry conferences. Gwen is a PMC member on the Apache Kafka project and committer on Apache Sqoop. When Gwen isn't building data pipelines or thinking up new features, you can find her pedaling on her bike exploring the roads and trails of California, and beyond.

Matt Adereth is a Managing Director at Two Sigma Investments, where he works on tools, infrastructure and methodologies for quantitative financial research. He previously worked at Microsoft on Office, focusing on data connectivity and visualization features. In his spare time, he designs open-source ergonomic keyboards using Clojure.

Charity Majors on Scuba: Diving into Data at Facebook:

Facebook takes performance monitoring seriously. Performance issues can impact over one billion users so we track thousands of servers, hundreds of PB of daily network traffic, hundreds of daily code changes, and many other metrics. We require latencies of under a minute from events occuring (a client request on a phone, a bug report filed, a code change checked in) to graphs showing those events on developers’ monitors.

Scuba is the data management system Facebook uses for most real-time analysis. Scuba is a fast, scalable, distributed, in-memory database built at Facebook. It currently ingests millions of rows (events) per second and expires data at the same rate. Scuba stores data completely in memory on hundreds of servers each with 144 GB RAM. To process each query, Scuba aggregates data from all servers. Scuba processes almost a million queries per day. Scuba is used extensively for interactive, ad hoc, analysis queries that run in under a second over live data. In addition, Scuba is the workhorse behind Facebook’s code regression analysis, bug report monitoring, ads revenue monitoring, and performance debugging.

Applications and systems are constantly faced with decisions that require picking from a set of actions based on contextual information. Reinforcement-based learning algorithms such as contextual bandits can be very effective in these settings, but applying them in practice is fraught with technical debt, and no general system exists that supports them completely. We address this and create the first general system for contextual learning, called the Decision Service. Existing systems often suffer from technical debt that arises from issues like incorrect data collection and weak debuggability, issues we systematically address through our ML methodology and system abstractions. The Decision Service enables all aspects of contextual bandit learning using four system abstractions which connect together in a loop: explore (the decision space), log, learn, and deploy. Notably, our new explore and log abstractions ensure the system produces correct, unbiased data, which our learner uses for online learning and to enable real-time safeguards, all in a fully reproducible manner.

The Decision Service has a simple user interface and works with a variety of applications: we present two live production deployments for content recommendation that achieved click-through improvements of 25-30%, another with 18% revenue lift in the landing page, and ongoing applications in tech support and machine failure handling. The service makes real-time decisions and learns continuously and scalably, while significantly lowering technical debt.

Realtime data processing powers many use cases at Facebook, including realtime reporting of the aggregated, anonymized voice of Facebook users, analytics for mobile applications, and insights for Facebook page administrators. Many companies have developed their own systems; we have a realtime data processing ecosystem at Facebook that handles hundreds of Gigabytes per second across hundreds of data pipelines.

Many decisions must be made while designing a realtime stream processing system. In this paper, we identify five important design decisions that affect their ease of use, performance, fault tolerance, scalability, and correctness. We compare the alternative choices for each decision and contrast what we built at Facebook to other published systems.

Our main decision was targeting seconds of latency, not milliseconds. Seconds is fast enough for all of the use cases we support and it allows us to use a persistent message bus for data transport. This data transport mechanism then paved the way for fault tolerance, scalability, and multiple options for correctness in our stream processing systems Puma, Swift, and Stylus…

Matt Adereth on the January 1965 issue of The Computer Journal:

This issue contains one of the most important techniques in numerical optimization, the Nelder-Mead simplex method. My qCon talk covers the modern distributed version of this algorithm, but in this talk we’re going to try and understand the historical context by looking at everything else in the journal, from the other papers to the letters to the editor to the advertisements. 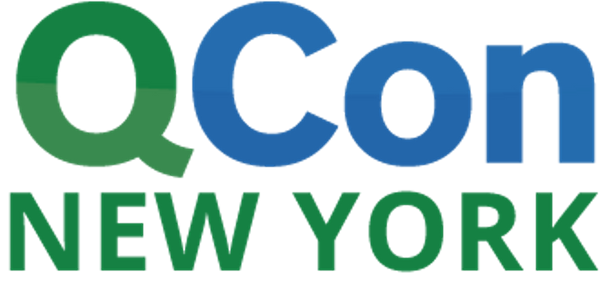 The New York Chapter would like to thank TwoSigma and QCon New York for helping to make this meetup possible.